What Causes Gums to Bleed in Kids? 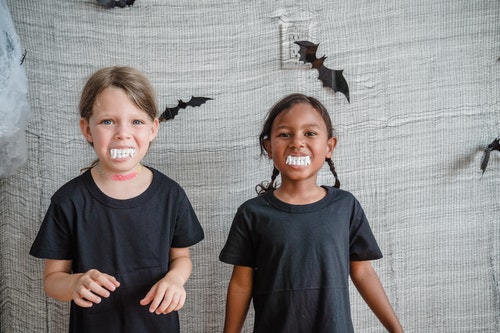 When kids’ gums start to bleed, it can be scary and worrisome, but it’s not necessarily an indication of anything serious. Most likely, it’s the result of some kind of normal childhood activity. Let’s check in with your pediatric dentist in Long Island to see some common reasons why kids’ gums may bleed as well as how you can help.

Perhaps one of the main causes of bleeding gums, particularly in kids, is a dental emergency or some sort of trauma. Anything from a tough fall to a sporting injury can be considered dental trauma. Bleeding from this type of accident should slow down or stop within 10 minutes. If it doesn’t, schedule an appointment with your Long Island pediatric dentist as soon as possible. In the meantime, try rinsing your child’s mouth with salt water, gently apply some gauze to help stop the bleeding, and use ice packs to reduce swelling.

It’s important that your child drink plenty of water each and every day to stay hydrated. If they don’t, their bodies will pull moisture from soft tissues, including those in the mouth. This can cause inflammation and irritation of gum tissue, which could trigger bleeding. Dry mouth can also be caused by certain medications. Check with your pediatrician about any potential side effects of your child’s medications and be sure to mention all medicines to your pediatric dentist.

It’s incredibly important for your child to brush her teeth every day. However, if she brushes too hard, she can actually damage gum tissue and cause it to bleed. This is more likely to happen with older children who have begun brushing their own teeth since they may apply more pressure than necessary or get carried away with an aggressive scrubbing motion. Brushing your teeth should be a gentle activity, not a tough scrubbing session. Talk with your child’s dental hygienist about brushing tips and tricks to help keep your little one’s teeth clean and their gums healthy.

One reason behind your kid’s gums bleeding might be gum disease. Gum disease is when the teeth and gums are infected with bacteria, often resulting from poor oral hygiene. When we don’t brush and floss regularly, bacteria can get stuck between teeth and lead to inflammation, which causes your gums to bleed easily. To prevent gum disease, make sure your little one brushes morning and night with a toothbrush that has soft bristles. Brush for two minutes each time. Kids should also start flossing as soon as they have two teeth that touch each other to remove bacteria between their teeth. If you also notice swollen gums and bad breath along with bleeding gums, see your pediatric dentist in Long Island as soon as possible.

If you notice that your kid’s gums bleed, schedule an appointment with your pediatric dentist. Chances are things are just fine, but it’s always wise to get a check-up. After all, if it is something like gum disease, early treatment is key.