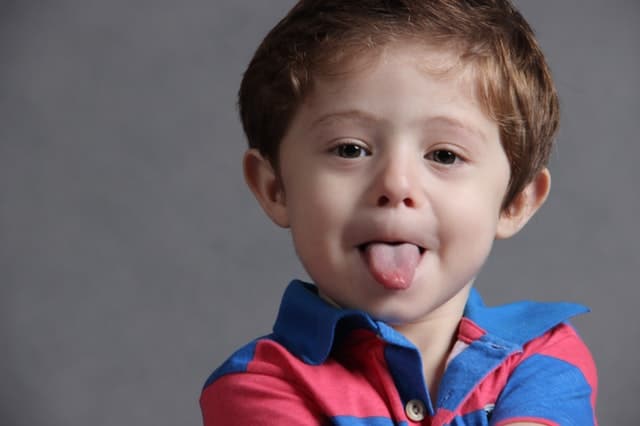 If you experience a little bleeding when brushing or flossing you may not think much of it. But when it comes to your kids it can be especially concerning. It’s important to note that bleeding is never normal, for kids or adults, and can be a sign of something serious. At our pediatric dental office in Long Island we look for signs of bleeding gums at every visit and can usually attribute the problem to one of four things. Let’s take a closer look at some of the most common reasons behind bleeding gums…

Kids should begin flossing as soon as they have two teeth that touch each other. This usually happens between age two and six. While they may need your help at first, they’ll quickly be able to floss properly on their own. But during the first few flossings they may experience some bleeding. This type of bleeding is actually ok and shouldn’t be a concern. Over time it should decrease and go away.

It seems logical that the harder you scrub, the cleaner your teeth will be. While that may be true for some things, it’s quite the opposite for teeth. Brushing too hard can damage gums or cause them to recede. The result? Sore, bleeding gums. Aggressive brushing can also wear down tooth enamel which leaves teeth at increased risk for decay and cavities.

Dry as a Desert

One way the mouth works to keep itself healthy is to produce lots of saliva. Saliva helps protect teeth and gums from the damaging effects of bacteria and acid. Without it, a mouth becomes really dry which may not only cause bad breath and lead to cavities, it can allow bacteria to get up under the gums. If this occurs, gums become more sensitive and could start to bleed.

If bacteria does get under the gum line and it’s not removed it can lead to an infection known as gum disease. Gum disease is usually paired with swollen gums, bad breath, and bleeding gums. While gum disease can be treated, it can lead to some serious problems if left alone. To prevent gum disease, encourage your child to properly brush twice a day and floss once a day to remove bacteria and plaque buildup and see their pediatric dentist in Long Island regularly.

Prevention is key to keeping gums healthy. Appointments every six months give your child’s dental team the opportunity to catch any potential problem and correct it before it leads to more complex concerns. Schedule an appointment at our Long Island pediatric dental office today.